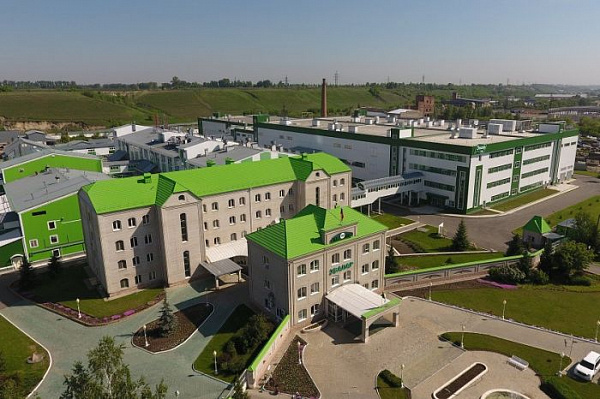 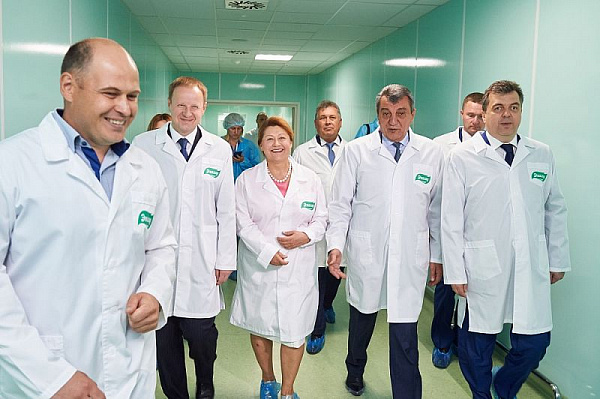 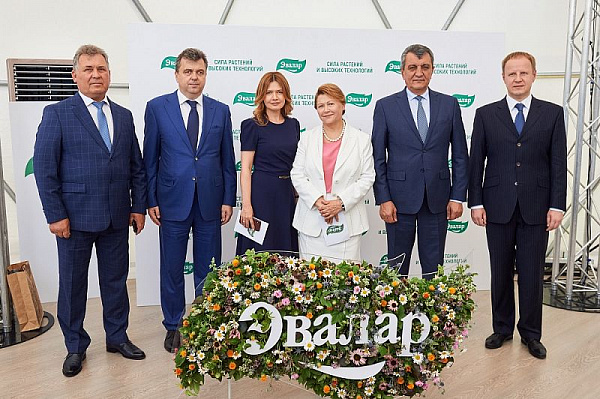 Evalar is preparing to celebrate its 30th anniversary in 2021. This November, on the eve of her own anniversary, the founder and permanent head of the company Larisa Prokopyeva gave an interview to FV. At the junction of two milestones, she spoke about the origins of the largest Russian manufacturer of dietary supplements, significant events that became history, the present day and the difference between Russian and foreign products.

- How did the idea of creating a company come up? Who stood at its origins?

- The company was founded in 1991, but its history dates back to the end of the 80s. I worked as a senior research associate and team lead at a defense enterprise. The times were turbulent for all of us, and when government contracts were canceled, almost the entire defense industry was left without funding. We seized the opportunity to switch to non-military production. Our peaceful projects included the first Soviet chewing gum. The turnover was enormous: tons of it were produced daily and sold throughout the Soviet Union. This continued until early 90s, when the borders opened and a stream of chewing gum of all flavors and shapes barged in.

At some point, the management of NPO Altai decided to develop non-military production in different industries, within several joint-stock companies. By the way, chewing gum production was entrusted to another enterprise belonging to our holding, while we began manufacturing cosmetics in the early 90s. By that time, I already had some production experience, and in the late 1980s, I set up a joint venture with the Polish company Pollena, headed by Eva Dambrowska. This is how the name Evalar came up - we just combined our names: Eva and Larisa. At the time, we could hardly predict that a local project for the production of Russian cosmetics was also doomed: in the new economic reality, giant multinational companies quickly occupied that niche.

The geographical factor helped us. The company originated in Altai, which is known for its unique ecology and its traditions in the use of medicinal herbs. So we decided to move in this direction.

- In pharmaceutical industry, the business environment is almost exclusively male. You are perhaps the only example of a woman who managed to achieve such success. What’s your secret?

- Yes, the world in which we live is substantially controlled by men. And, being a woman, you have to work many times more to earn trust, to be taken seriously, and to get the right to make serious decisions.

On the other hand, however, a woman’s view of things opens up new opportunities. Indeed, up to 80% of our customers are women. It is probably easier for a woman to understand other women, their desires and preferences. You know, inside our company we often say that Evalar is a company created by women, for women.

- What are the milestones on Evalar’s way to reaching its current level?

- The first significant breakthrough took place in 1991, as we launched the production of the first industrial-grade Altai mumiyo when the market was flooded with handicraft products. Now it is a branded product Golden Mumijo with a patented purification technology. Today its market share is about 80%.

Then there was MCC Ankir B, a weight loss product based on microcrystalline cellulose. People queued for it, as it was an affordable alternative to a product of a well-known US company. These were the products that transformed Evalar fr om a regional company to a national one.

The transition fr om rented utilities to the company’s own production site in the early 2000s was also a milestone. This was a breakthrough both in terms of production and in the development of quality technologies. It was then that we introduced our top brands to the market: Bilberry Forte, Ginkgo Biloba, Marsh cinquefoil Evalar, Fitolax, and a little later, Turbotrim. Fr om that moment, the global growth of the company began.

In 2005, we opened a representative office in Moscow, which provided new opportunities for gaining leadership positions in the market: we fundamentally expanded our range of products, broadened contacts with partners, started TV advertising, launched new strong brands and expanded the production again. As far back as in 2006, we officially became the No. 1 company in terms of the sales of dietary supplements in Russia, and we still hold this status.

In recent history, 2019 became a turning point for us. It was then that we launched our second manufacturing facility, where we localized the manufacture of our own medicinal products. The opening of this manufacturing site marked a new vector of the company’s development over the past few years, increasing the portfolio of Evalar’s medicinal products. By now, it includes 27 brand names.

We increased our manufacturing capacity of pharmaceuticals production by 64%, and the share of medicinal products in the turnover structure exceeded 20%. In 2020, it was the drug portfolio that became one of the major growth drivers for our company. In the first nine months of 2020, the sales of our medicinal products have grown by 60%.

- Your company was at the forefront of the Russian dietary supplements market. Could you explain its most important characteristics?

- Over three decades, it changed dramatically, transiting from empty shops wh ere any products were snatched up, to the current highly competitive market. But the dietary supplements market in Russia is still very young in comparison with western one. So we always strive to bring global trends closer to the Russian consumer, and many medicinal products first appear on the Russian market under Evalar’s trademark.

Our path is anything but easy. We went through a crisis of payment defaults, bankruptcy of pharmaceutical wholesale companies, dramatic turns in the regulation of alcohol-containing dietary supplements, and many other challenges.

- What helped you to keep afloat and develop?

- The company has always tried to catch the changes in consumer demand, focusing on global trends, among other things. For example, when there was a vogue for drainage drinks in 2007-2008, we launched Turbotrim drainage. It caused a real sensation, because it was the first slimming drainage drink to be produced in Russia.

We use new components in our products, and introduce new presentations. Outstanding examples include micellar Curcumin, Elderberry Immunity effervescent tablets, non-injectable Acetyl-glutathitone in tablets, jelly berries vitamins for adults, and much more.

We are now witnessing strong market transformations again. Until recently, more than 90% of dietary supplements were sold through pharmacies, but in the last couple of years, new sales channels have been actively developing. First of all, these are online services, and their development was further spurred by the pandemic and lockdown. Online marketplaces are actively asserting themselves; they are a new sales channel wh ere we are actively expanding our presence.

- How does the emergence of new sales channels influence the transformation of Evalar's strategy?

- Pharmacies remain the most important sales channel for dietary supplements, but we have always strived to ensure that our product is available, wherever the consumer is. Therefore, we have always worked on diversifying our own sales channels. For example, in 1998, we opened postal delivery from our factory: it still works and is in great demand. With the development of the pharmacy segment 10 years ago, we opened our own pharmacy chain Evalar in the cities wh ere dietary supplements are most popular, because we have many loyal and innovative customers who come to our chain to buy novelty products. Novelties are first presented in our own pharmacies.

Today’s customers got used to buying online, so we opened our marketplace Fitomarket that offers direct sales and direct communication with the consumer. In this context, it is important to understand that your own sales channels also help to work out marketing ideas for expanding our range of products and provide important feedback channel. New products are indeed enjoying special popularity at our marketplaces: while the product Fitolax is leading in the pharmacy market, e-commerce consumers are mostly looking for novelty products, such as vitamins, omega acids, collagen, minerals, etc.

Signs of the times

- How did the events of 2020 affect the company’s activities?

- The year has passed under the sign of business diversification: we are actively developing our own portfolio of medicinal products, and mastering new sales channels, such as marketplaces. The share of sales in the digital segment has reached 10% of our total turnover.

We needed maximum flexibility and efficiency in responding to rapidly changing situation. For example, during the first wave of coronavirus, we speedily launched the production of antiseptics. To do this, the lines for the manufacture of cosmetic products were reconstructed in less than a week. Not so long ago, we launched our own production of sterile masks, and also expanded the facilities for manufacturing medicinal products supporting immune defenses.

Vitamins and minerals drove sales in 2020. According to DSM Group, the growth of this category across the entire market skyrocketed to 59% in 9 months. All the strengths of vitamins C and D are in great demand, as well as dietary supplements that include zinc, and all products supporting immune defenses.

The structure of changes in demand caused by the pandemic, entering digital platforms, attracting younger customers, and various other factors strongly influenced the company’s merchandising policy. During this year, we have launched more than 30 new products in the dietary supplements category. We have massively renewed and expanded our portfolio of vitamins in various presentations, expanded the line of probiotics, and continued to develop the premium line of age management products.

Due to all this, we maintain our leadership in the Russian dietary supplements market, and rank fifth among Russian companies in terms of pharmacy retail turnover.

- Why is the interest in foreign dietary supplements growing? Is there a difference in quality between Russian and foreign products?

- There is a difference that is called marketing. And Western manufacturers use marketing technologies that have already been tested in Western markets.

However, there is no difference in quality and technology. And the quality standards are the same for Russia and Western countries. We are working based on global standards that are the same for all the factories in the world supporting GMP. As a result, the price of completely identical products may differ by several times.