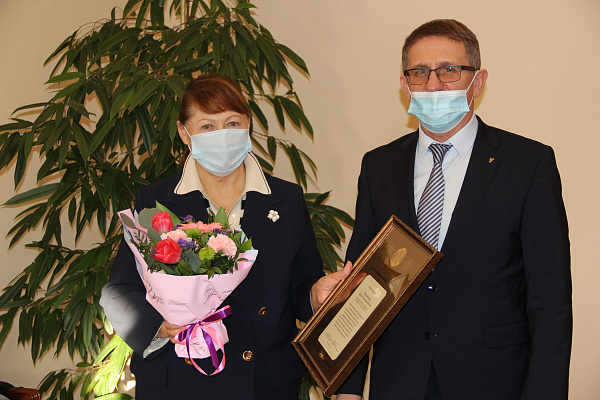 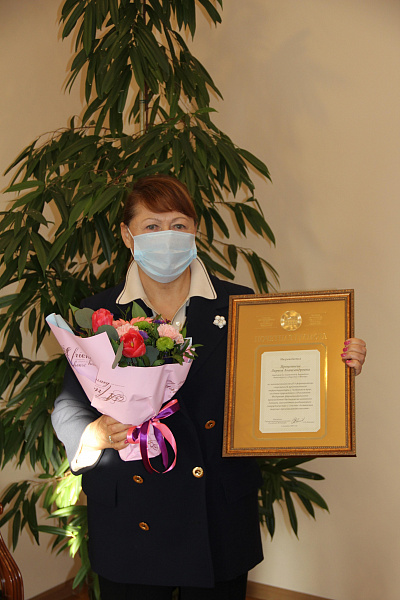 On the 16th of February in the city of Biysk, the Altay CCI’s President Boris Chesnokov awarded a Certificate of Honour of the RF CCI to Larisa Prokopyeva, the founder and executive of Evalar JSC, for a significant contribution to the modern industrial infrastructure development in Altay Territory, creation of the largest pharmaceutical production of dietary supplements and longstanding fruitful cooperation with the Altay CCI.

The Evalar brand’s portfolio has more than 300 pharmaceuticals and dietary supplements in various dosage forms. It is the first pharma company in Russia to put the complete production cycle approach into operation: fr om growing vegetable raw materials to finished product packaging. Today the company exports its products to more than 20 countries. Last year, the enterprise launched a second production complex in Altay Krai wh ere it localized the production of pharmaceuticals, having increased its own productive capacity by one and a half times – up to 5 mln tablets and capsules a year.

“By perfecting your enterprise, you contribute to the social and economic development of our region. Thanks to such active work, the Evalar brand is recognizable Russia-wide and abroad,” Boris Chesnokov emphasized the merits of the company.

The largest producer of dietary supplements has been a member of the Altay CCI since 2000 and it conducts its business in strict adherence to the current legislation, fully shares and follows in its work the Altay CCI’s corporate principles: openness, credibility, integrity, professionalism and commitment.

Next year the company will celebrate its 30th anniversary.